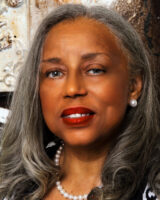 Ms. Posey reports to the D/FW MSDC Board of Directors and has ultimate managerial responsibilities of the Dallas/Fort Worth Minority Supplier Development Council, including financial, human resources, hiring, planning and execution.  More specifically, Posey is charged with:

Ms. Posey represents the Dallas/Fort Worth affiliate relationship with the National Minority Supplier Development Council.  The D/FW MSDC, based on performance, was ranked Council of the year in 2011 and 2015 and ranked in the top percentile of all Councils in all other years.

Posey was elected by NMSDC peer presidents as their Chair, representing the Affiliate Councils on the NMSDC Executive committee and NMSDC Board of Directors from January 2015-2017.  She provided direct input into the shaping of the network and program delivery at the national level.

Posey bid and was awarded the grant to operate the Department of Commerce’s Minority Business Development Agency Business Center-Dallas in 2011.  The Center specializes in procurement assistance, access to capital and import and export opportunities for its clients locally and nationally, resulting in new job creation, retention and true economic impact.  The Dallas MBDA Center has been recognized as an outstanding national center by the National Minority Business Development Agency for six of the past seven years under Posey’s leadership. 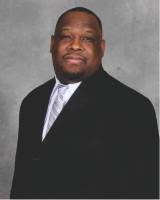 Andrew D. Nash is the Director of Operations for Dallas Fort Worth Minority Supplier Development Council. Mr. Nash reports to the President and CEO, Margo J. Posey. The Council certifies and brings together ethnic minority companies to do business with Fortune 500 companies. Andrew has overall responsibility for support staff, technology and the responsibility of tracking the organization’s progress.

Prior to joining the D/FW MSDC, Andrew completed eight years of service in the U.S. Army. He also worked in the Telecommunication Industry for DSC Communications, Alcatel, and World Wide Technology (telcobuy.com). Andrew attended the University of Maryland College, majoring in Business Management. He is a graduate of the Leadership Dallas 2010 Class and has attended the Minority Business Executive Program at The Tuck Business School at Dartmouth College. He is currently serving his second term on the Arlington ISD’s Citizens Bond Oversight Committee (CBOC), and on the Board of the State of Texas Historically Underutilized Business (HUB) Working Group.

Manager of Certification and Sourcing 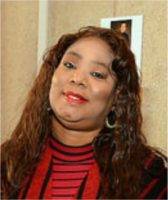 ShaRon Richardson is a recognized construction specialist delivering pertinent, timely and necessary information to the construction industry seeking to increase and utilize minority-owned contractors/businesses as a part of their project deployment.